Bar V Ranch is located on land frequently visited by the Comanche Indian tribe until the 1870s. It is on the Eastern edge of Comanche territory “Comancheria” as agreed in the treaty of Tehuacana Creek in August 1844 between Sam Houston, acting for The Republic of Texas, and Comanche Chief Buffalo Hump. The treaty was a direct outcome of the Battle of Plum Creek (Texas Rangers vs 1500 Comanches lead by Buffalo Hump which occurred 33 miles from Bar V’s location).

The Texas hill country was noted as a seasonal hunting ground for the Comanches due to its abundance of white tailed deer. The highly nomadic tribe created natural landmarks by tampering with the growth of trees. In the entire state of Texas only two areas are known to contain large clusters of unnaturally bent trees called “Indian Marker Trees.” One such area is in the immediate vicinity of Bar V Ranch where there are eight such trees. Bar V Longhorns graze under one such unnaturally bent oak tree. It is currently under investigation by the UTSA Department of Anthropology as a likely addition to the other trees in the area. 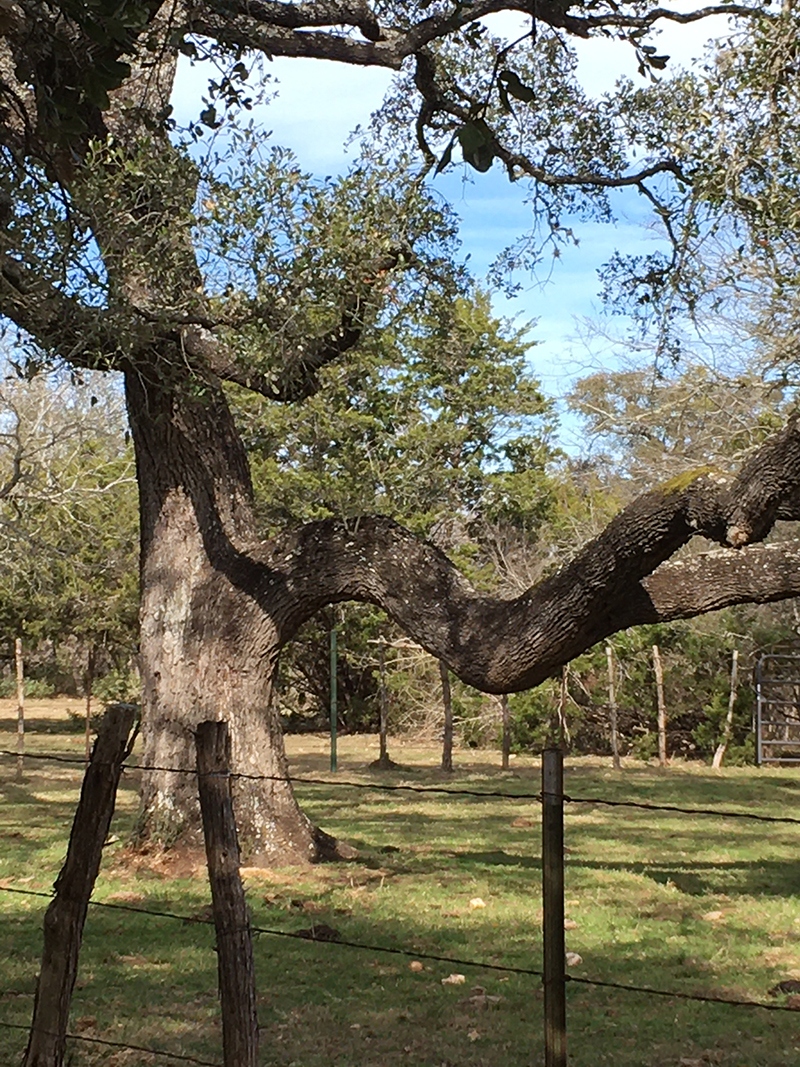